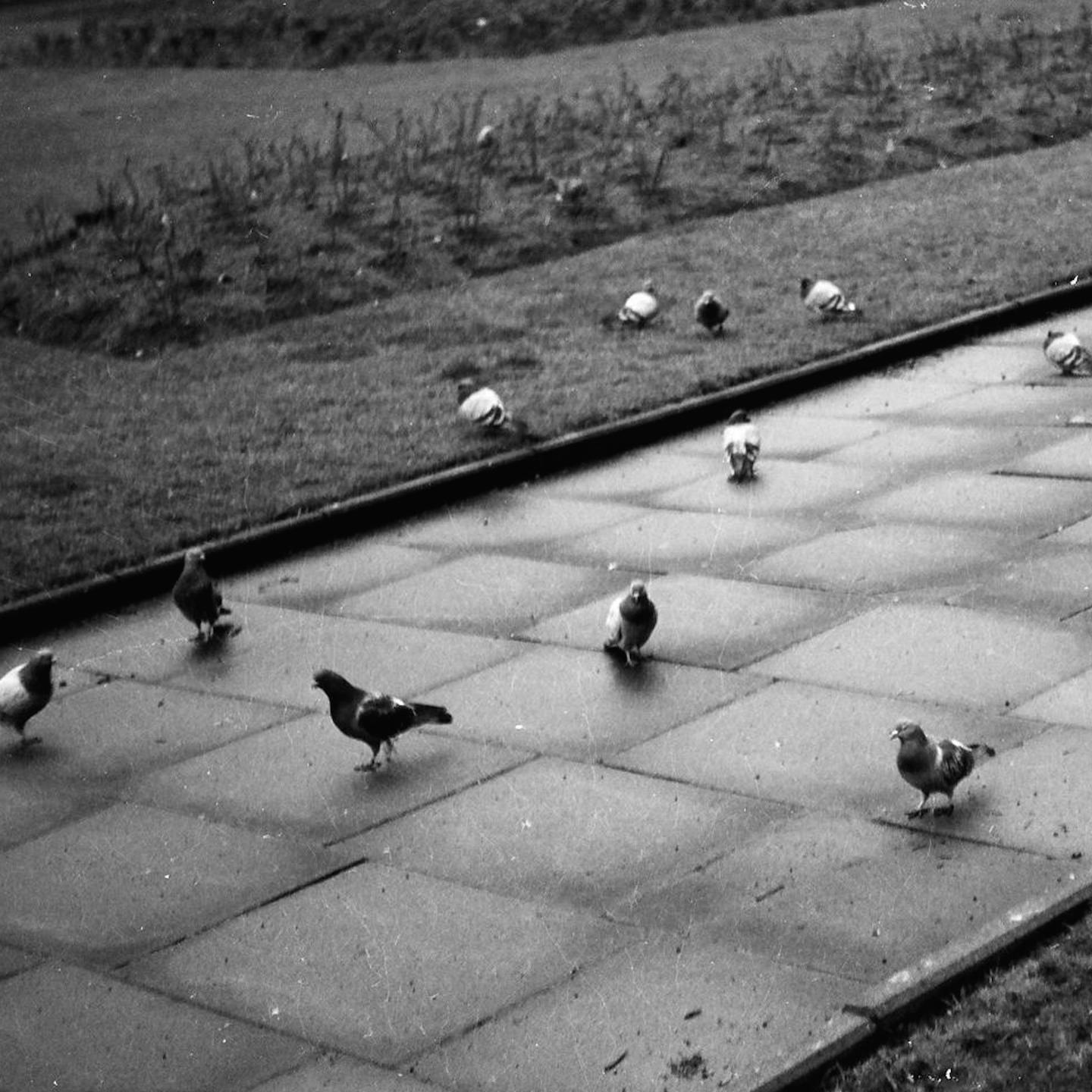 Immaterial is Dermot Bucknall, former singer of nineties Liverpool band Rooney: see Alain Chamois’ essay about the history of the band here, and read Dermot’s own account of his uncanny encounter with comedian Les Dawson here). Dermot made a number of lo-fi experimental cassette albums – in small handmade editions – in the summer, autumn and winter of 1981, when he had just turned 14. We at Owd Scrat feel very strongly that now is the time for the stark grey beauty of this body of work to finally see the light of day, so we initially present this mini-album of highlights. Recorded on a Binatone mono tape recorder and Hitachi stereo hi-fi tape deck during those long school holiday and weekend hours, it mixes apocalyptic tape distortions – made by manipulating the record button on the tape decks – with fragments of the short wave radio noise, news reports and pirate radio broadcasts from 1981, that monochrome but seminal year.