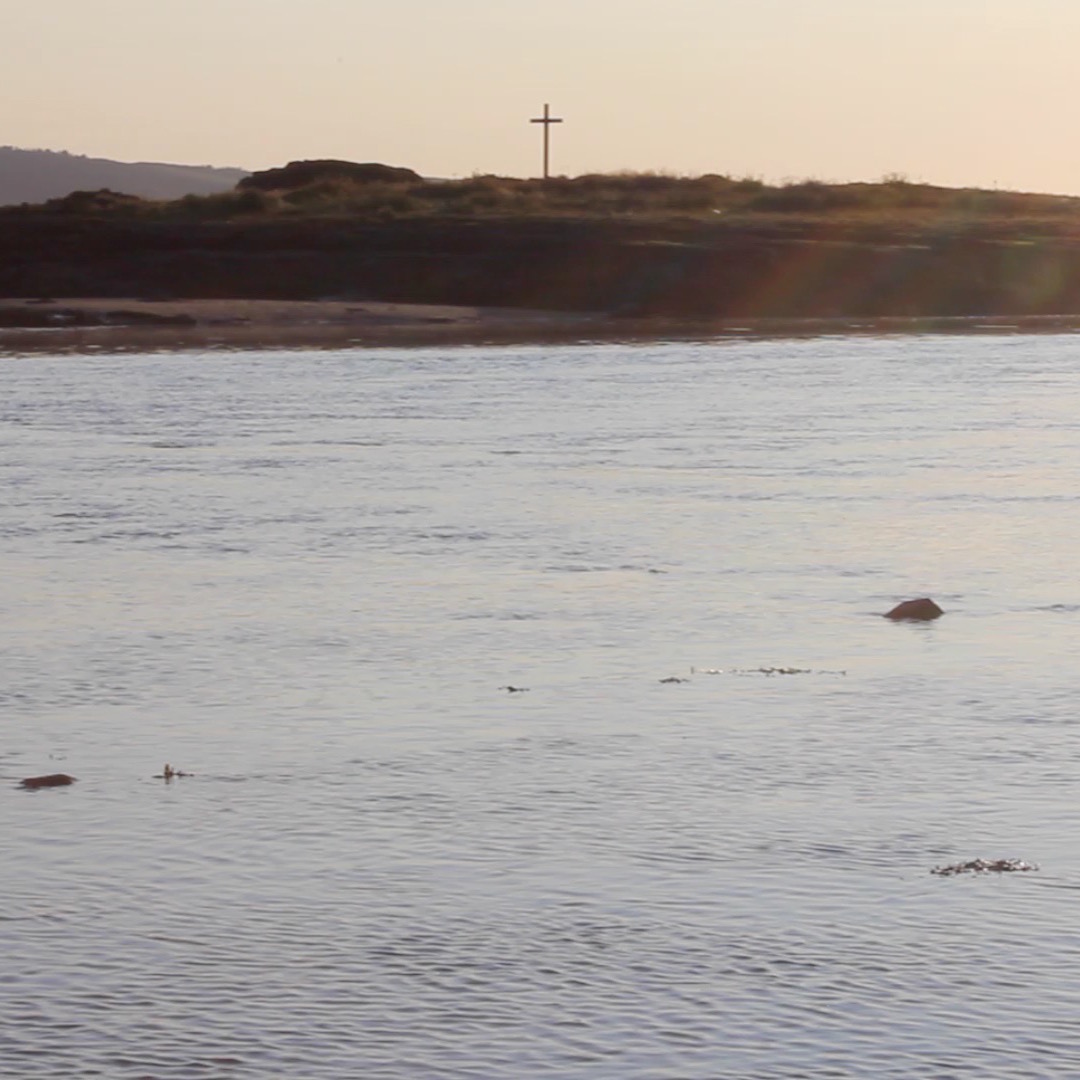 This track was conceived as an alternative, disruptive soundtrack to the now deleted YouTube video ‘Still at Large – Holy Island’, an essay film about Lindisfarne, UK, presented by architecture writer Nicholas Still. The Creeping Things (aka Lola de Witte-Still of Berwick-upon-Tweed and Berlin) made her own (unsolicited) version of the video, with her disturbing soundtrack imposed on top of it. When we came across this relentless and compelling piece of music and wordage we persuaded Lola to allow us to release it as The Creeping Things’ first UK single release. We are also chuffed to be exclusively hosting the new video on Owd Scrat Records’ Vimeo channel.

The female monologue on the track (which de Witte-Still claims is not her own recording but was sent to her via an anonymous WeTransfer link in 2015) remorselessly intones about a male figure on the run from an unspoken crime. This figure is up to his neck in the sea, in the manner of St. Cuthbert, who liked inducing trances by the chill of the water. Over de Witte-Still’s relentless motorik beat and haunted analogue synths (not unlike Neu!-mode Stereolab backing a robotic David Tibet) the voice chants of the fugitive’s many ‘hyperthermal’ apocalyptic reveries, until the monologue seemingly drowns in its own twisted poetic vitriol. The voice, and the figure it describes, both seem to be hunting for something or someone. Are they aiming their threatening intent towards Still himself? Interestingly, Nicholas Still has not made any public appearances since the new version of his video was posted.

“New from the Owd Scrat label which is I think rapidly challenging Kythibong as my favourite label in the world… They’ve got a couple of new releases that are fantastic, one of them’s that one, The Creeping Things.” Mark Whitby (Dandelion Radio). May 2018.

“…it’ s produced by The Creeping Things, it’s a soundtrack produced for a film, as an alternative soundtrack to the one that’s actually there…” Roger Hill, PMS (BBC Radio Merseyside).12/3/2018.